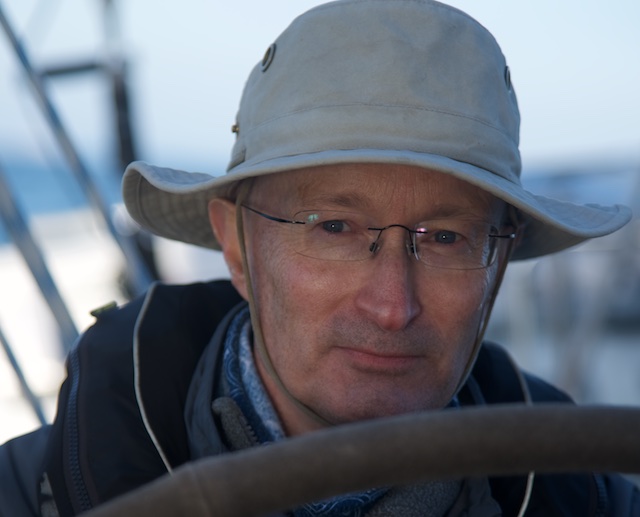 It’s easy to get caught up in today’s world of deadlines, decisions and deliverables. Everyone you meet is submersed in the tribulations of the day, interconnected mentally and physically by technology. Time and purpose become lost in the hurly-burly of the day.

I needed to escape! 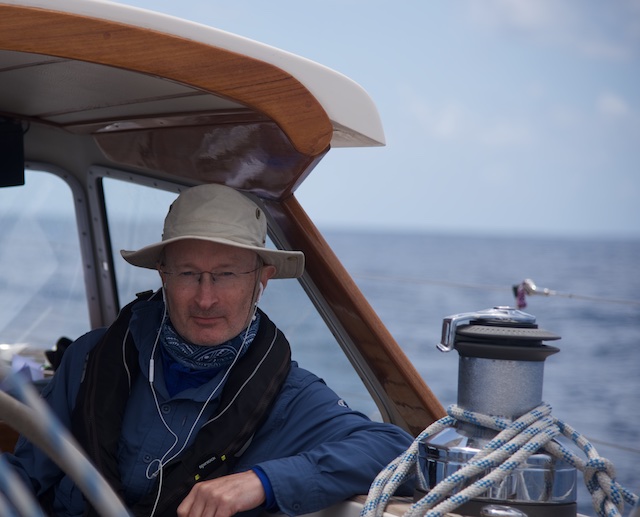 That same technology gave me a plan and found me Regina Laska and Leon. We’d never met or spoken until I stepped onto the boat and into a different dimension. A new space with fellowship, trust, empathy and humour. Wrapped up in our world of sunshine, food and watches, all on a rolling seascape of deep blue water. 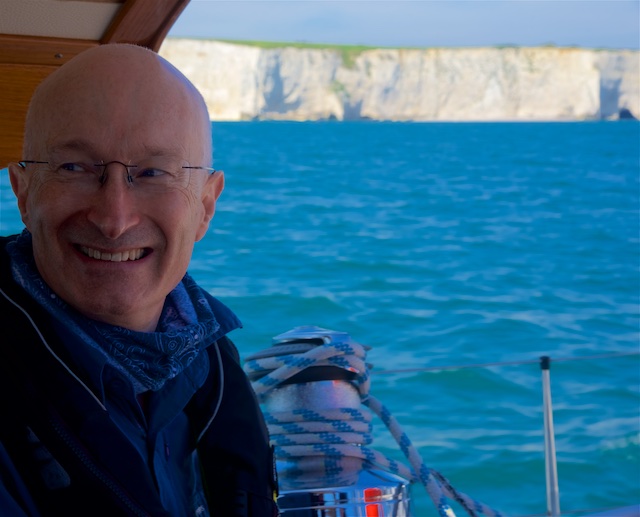 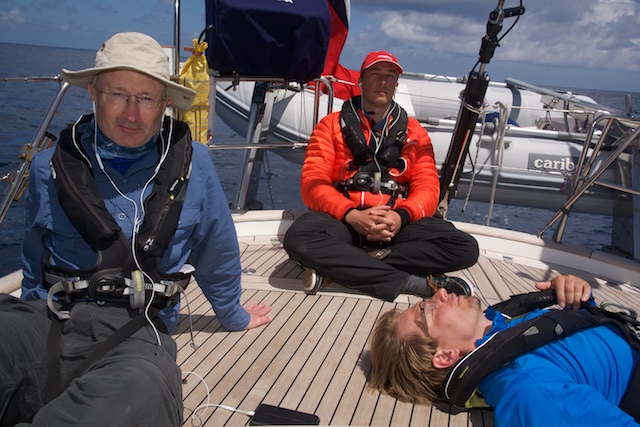 Taking it easy on the Bay of Biscay

Biscay can be a challenge, but we had only a good breeze and, even then, sometimes not enough! But we did have time, that precious commodity. It allowed us space for banter, debate and laughter. And with this came that long slow Atlantic swell undulating across the horizon and dark dark skies with innumerable stars. 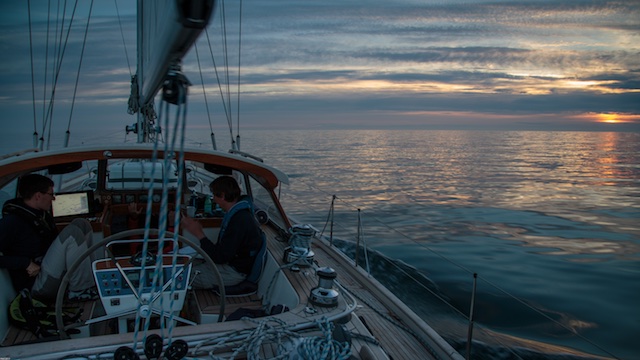 At times, we had extremely little wind. But who cared? We had time and were happy! Photo by Nick Coleman

It’s cathartic, for a while, to live in a different space. To see, but not to be seen. But then the signals of that other world, iMessage, Facebook, family and friends break through the calm and it ends before you know it. 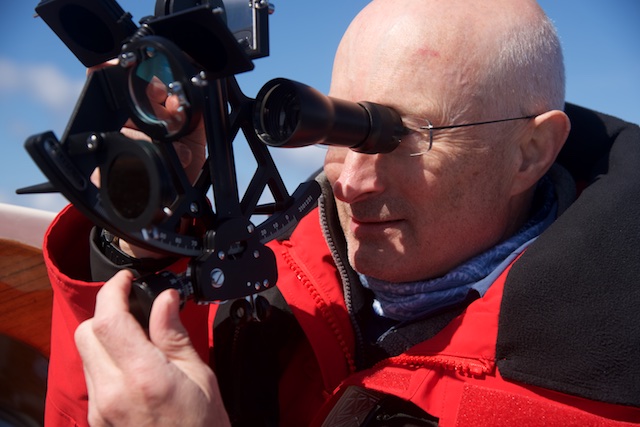 The sextant was frequently used for celestial navigation. 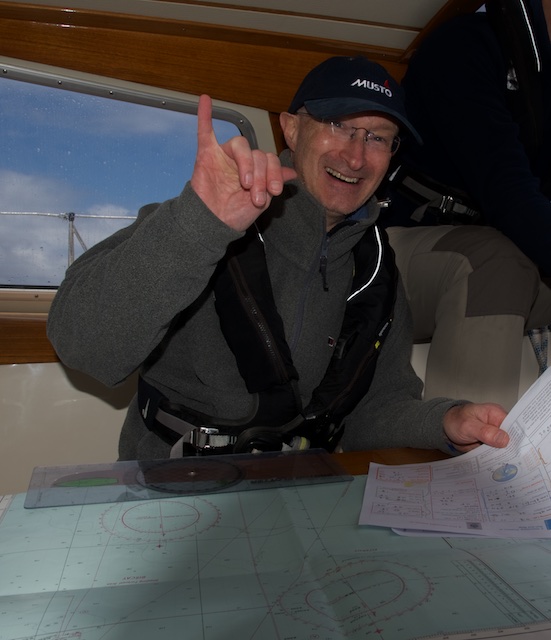 Doing the astro-calculations is fun!

For a short while, though, there was space and time to escape. Taking our shrinking world and stretching out the horizon into nothing but companionship. 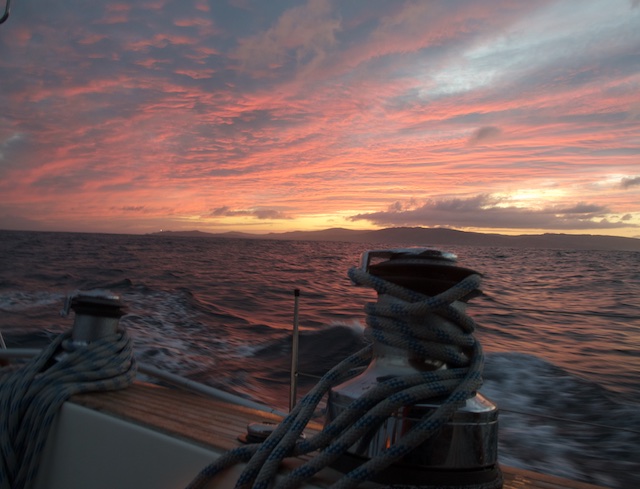 Leaving Spain to port, we continued south along the Galicien coast until we arrived in Portosin after 600+ miles of nonstop sailing. 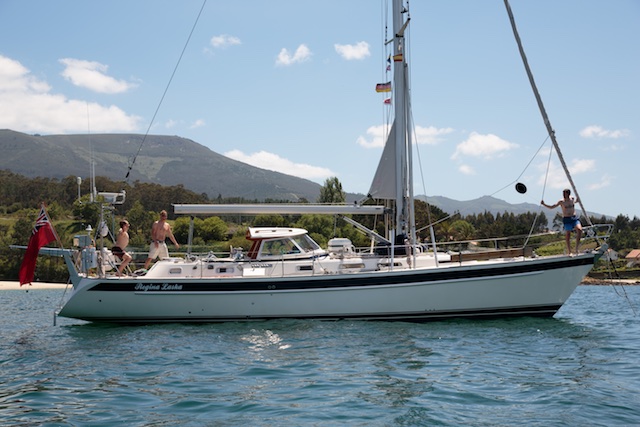 Anchored outside Portosin four our last night onboard. The BBQ is on on the haft deck! Photo by Nick Coleman 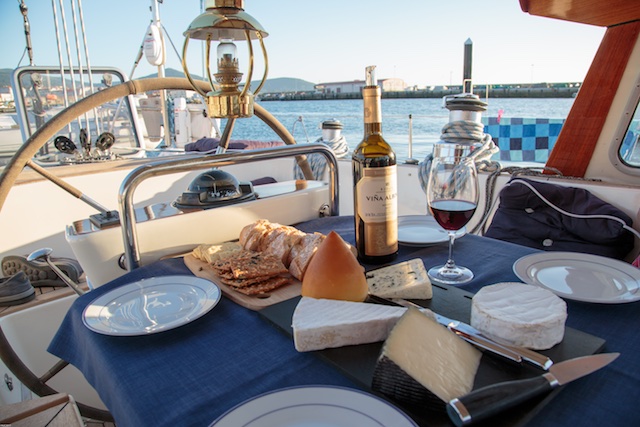 Arrived in Portosin in the warmth of Galicia. Photo by Nick Coleman

So, thanks Regina Laska, Leon and the guys for a week of much-needed escapism. 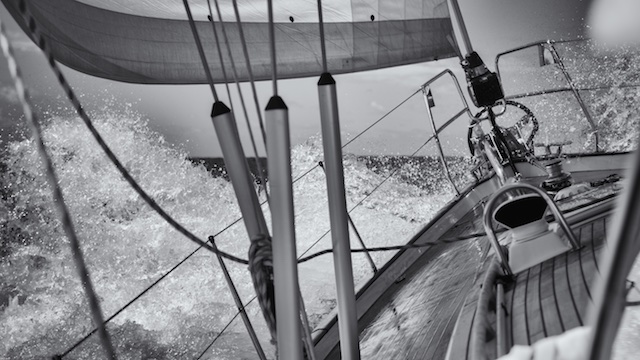 Fast progress on the Bay of Biscay. Photo by Nick Coleman

Nick Coleman, UK, crossing the Bay of Biscay on Leg 5-2017 from Lymington, UK, to Portosin, Galicia/Spain