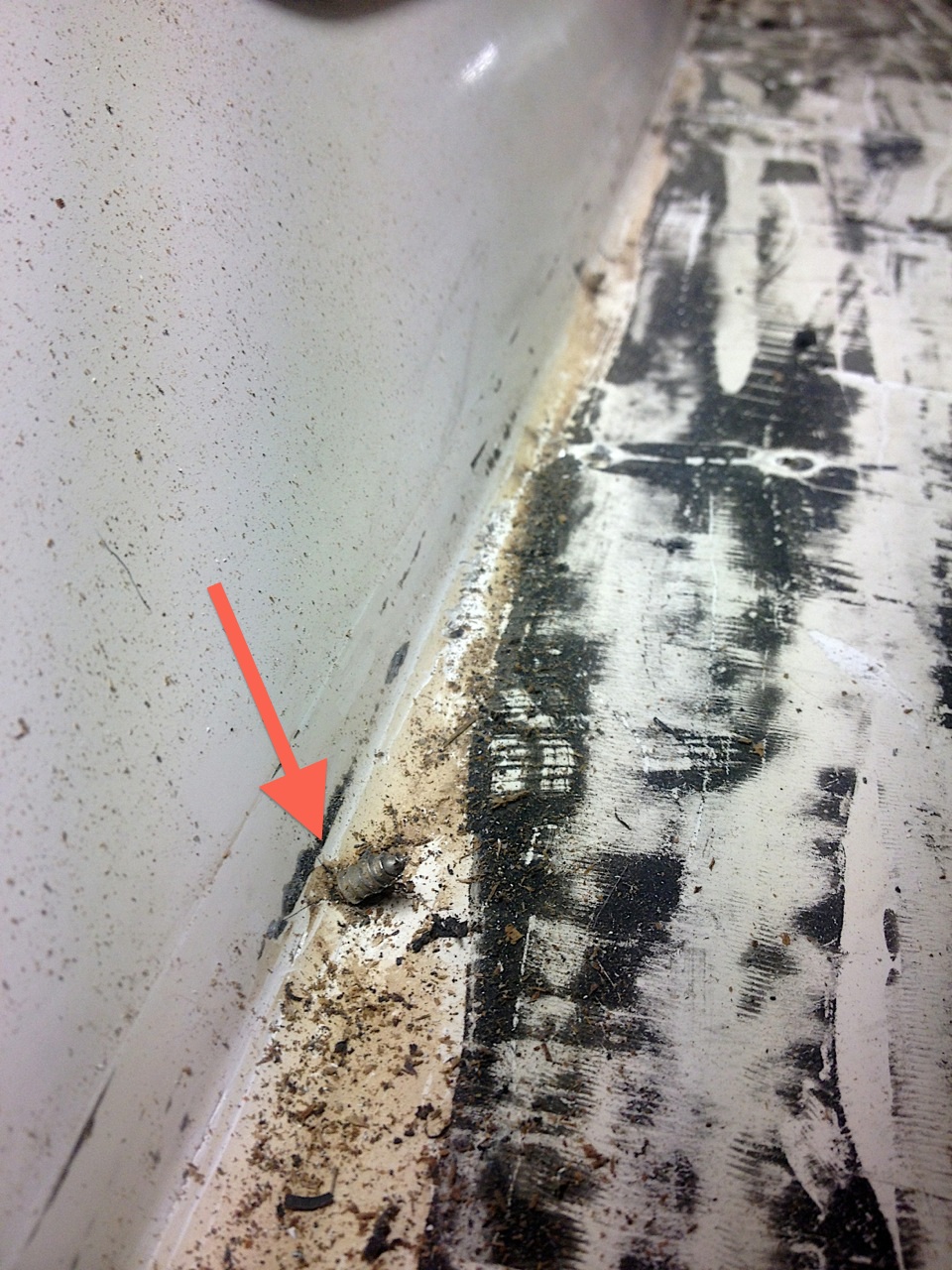 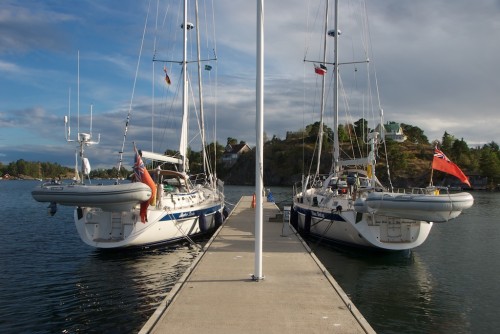 Despite the very late delivery in late December and the start of the refit project in early January, Artur got his Blue Daisy readily refitted on 15 July, exactly when promised. Part one consisted of all major issues of the refit project so that Artur could enjoy a wonderful summer in the Baltic.

We even arranged a meeting in Arkösund in the archipelago on the east coast of Sweden with Regina Laska and Blue Daisy meeting in the water after having stood side by side in the shed for so long. It was really fantastic sight: Two almost identical HR46’s with very similar equipment side by side both refitted by Adams Boat Care to the same outstanding standard. 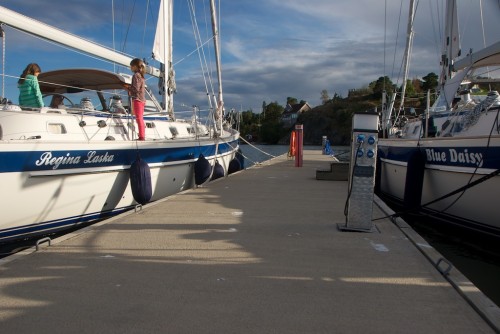 The famous Captain Baranski was onboard Blue Daisy during our meeting and it is always fantastic to hear his tales from the seven seas including his two Cape Horn roundings and dismasting in a severe gale in the English Channel. 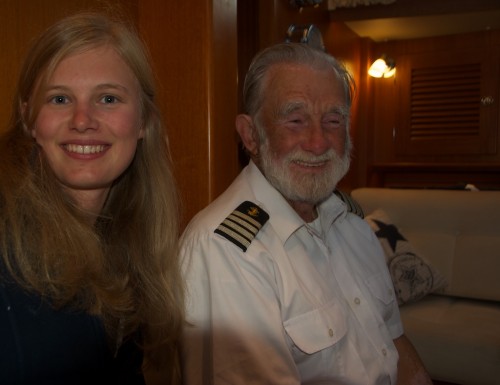 After the first summer onboard the refitted Blue Daisy, it was time to for Refit Part II during the winter of 2014-15. During this second step in the refit process the engine room was redone, the engine has been taken out and refurbished with a new turbo charger. A 230V Echo-Tech Watermaker has been installed as well as two Marine Air Air/Conditioners for warmer climates. 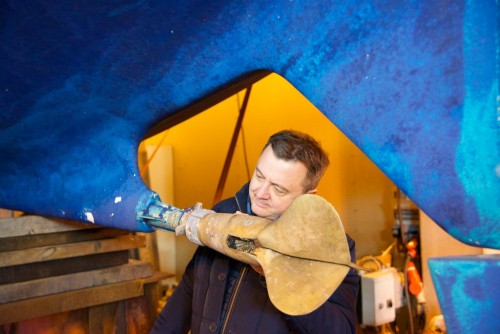 Artur checking the rope cutter. It was decided to keep the Gori Propeller which is still in good condition 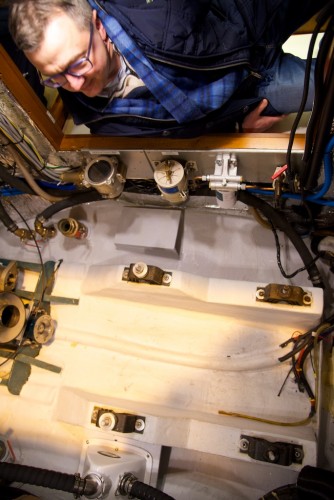 Artur checking the empty engine room from outside, while the engine is being checked in the workshop and a new Aqua-Drive is being installed. 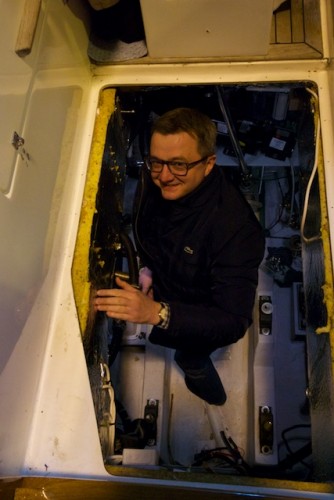 A happy Artur inside the engine room. 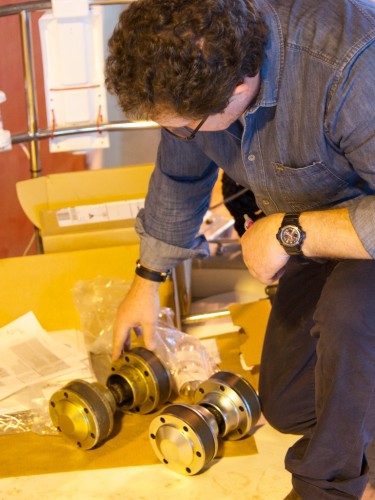 Carl with the old and the new Aquadrive, which is significantly reducing the vibration caused by the propeller. 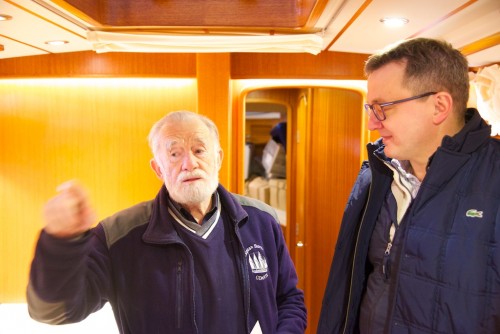 Captain Baranski is a valuable advisor to Artur when it comes to choosing equipment and overseeing the refit-process. 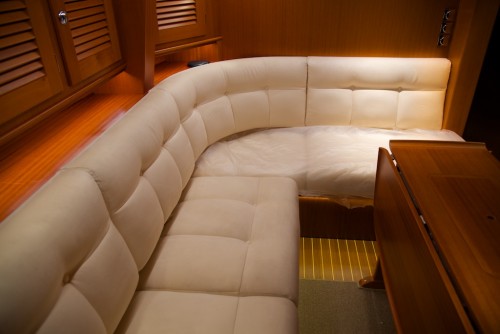 Since Blue Daisy was hardly used in the Mediterranean by the previous owner, the upholstery is still original from 1998 and as stylish as ever! 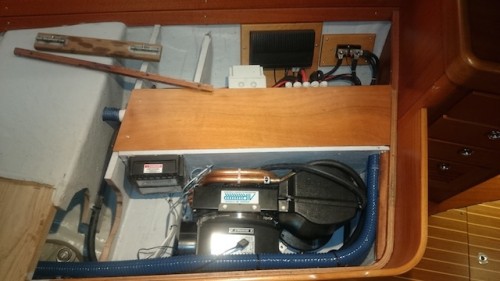 The A/C Installation in the aft cabin. Very snug! 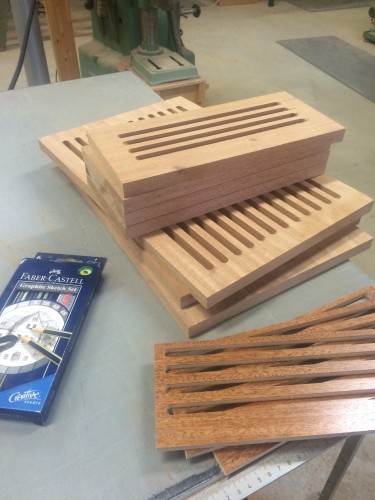 Carl has produced new mahogny vents for Blue Daisy’s new A/C, but far outclassing the plastic vents that were delivered as standard together with the A/C. Carl doesn’t like second best when it comes to carpentry, for sure! 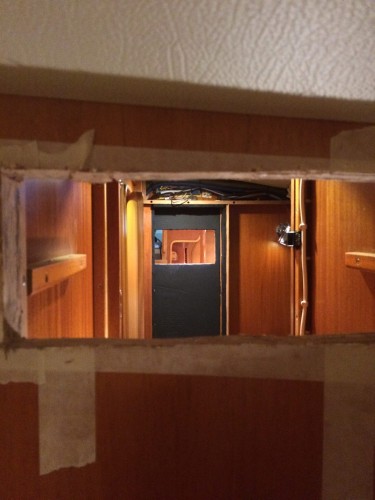 One of the outlets for the new A/C installation between the salon and the mid cabin. 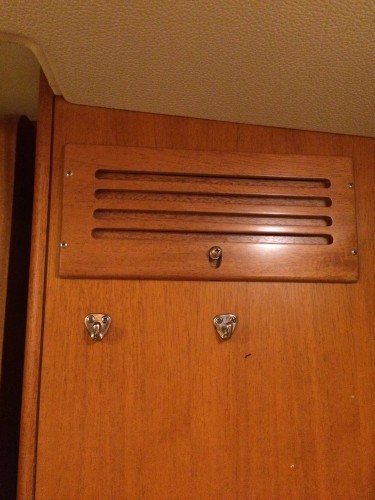 Hand made opening and closing vent in the mid cabin.

One winter’s Day when Artur and Captain Baranski were visiting Adams Boat Care and Blue Daisy, they took the opportunity to look at the new premises of Adams Boat Care at Vindön. Despite Artur originally having decided to leave Scandinavia for warmer climate sailing in the Med or Atlantic in 2015, he changed his mind after having seen the great new yard at Vindön. Especially, when Artur and Carl became deeply involved in planning a crazy crayfish party at the yard in September, the decision was taken: Artur wants to leave Blue Daisy for a third winter at Adams Boat Care, sailing in Scotland in 2015 instead of crossing the Bay of Biscay. 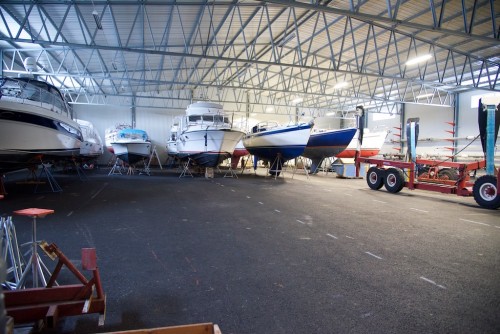 The warm storage hall where Adams Boat Care will store the boats that are not undergoing a major refit, e.g. for clients just requesting a winter storage, without a refit. Not all clients wish a far reaching refit of their boats as Artur did! 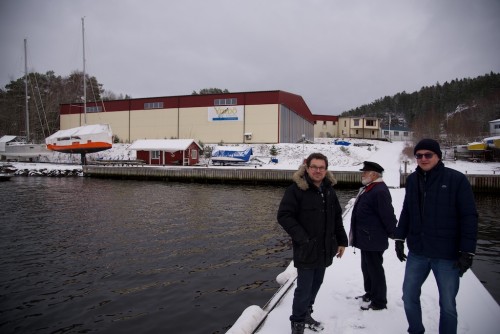 Carl showing the marina to Artur and Cap Baranski, which he has all year access to at Vindön 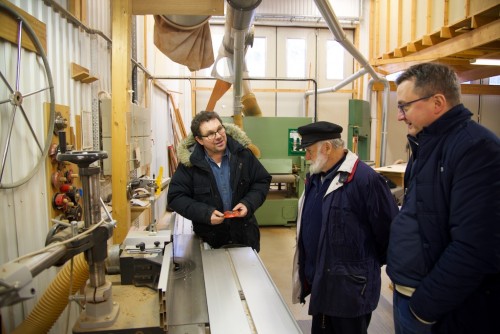 Carl showing all his carpentry machines he has bought in order to allow for an efficient and cost-effective boat refitting service. 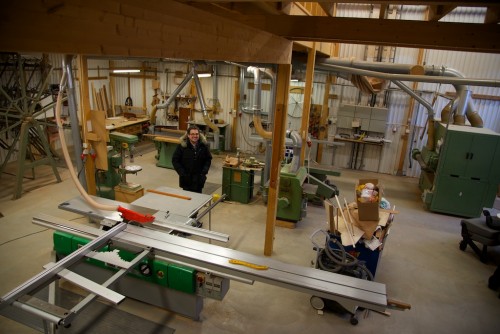 A proud owner of great machines.