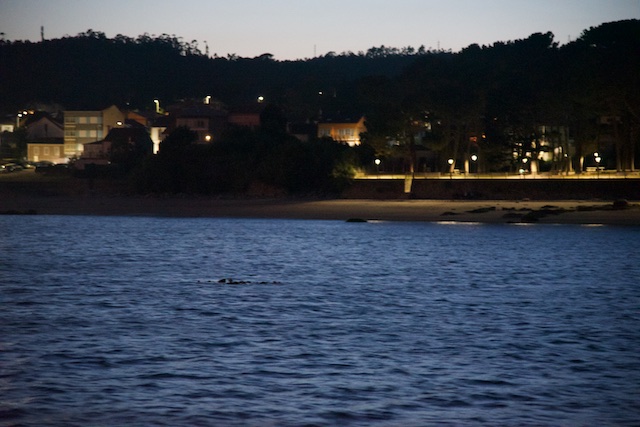 It was during an extreme Low-Water Spring tide that we suddenly saw something “floating” in the water….

After having enjoyed a great meal in the cockpit something strange became more and more visible next to our anchored boat. It was almost dark and the spring tide was extreme during this full moon night in late summer. We took the binoculars and wondered whether this was a fish, a stick or…. an uncharted stone!

It’s not the first time I find new stones, which I then report to the chart manufacturers. What was especially surprising this time, however, was that this shallow was situated in direct vicinity of the anchor symbol of several mainstream pilot books. After all, editors cannot survey every corner of an anchorage so they do copy from previous publications obviously… Apparently, this one has gone unnoticed.

There are exceptions, of course! Antares Charts is a company run by a Scottish enthusiast who surveys anchorages by means of highly sophisticated sonar equipment, driving around the entire bays in order to survey these from edge to edge. Unfortunately, most charts he publishes are made on the Scottish west coast, but if you ever sail here, these are invaluable and highly recommended! On other places, you have to do your own marks on charts. 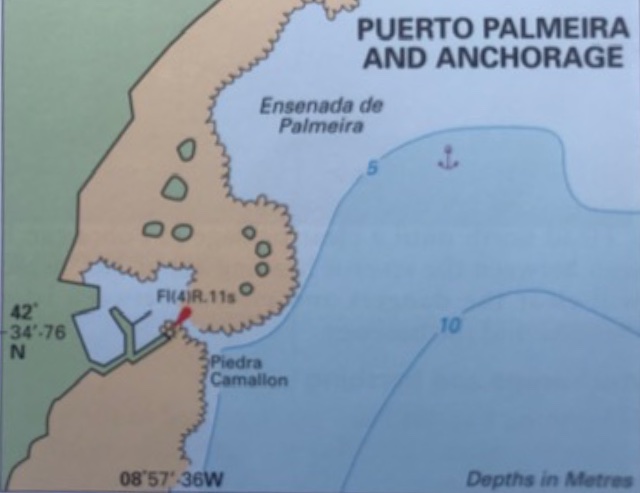 The uncharted new stone was just tens of meters NE of the anchor sign along the 5-m contour line!

Now the question: how does one best mark the stone exactly where it is without the sophisticated sonar equipment that Antares Charts uses?

Here my SUP and the radar comes in handy!

I send out my daughters on the SUP with a lead-line. That’s a homemade string with a weight at the end and marked ever half meter. They paddle to the stone in question and take a manual sounding. Then, the hight of tide (HoT) for the time of measure has to be deducted to get to the charted depth. After all, it’s not often that an uncharted stone becomes visible above the surface as during the night in question when we discovered the stone by co-incidence! 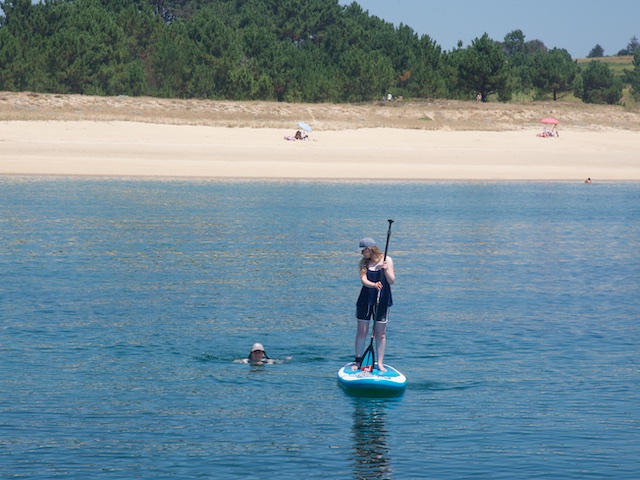 The following morning, the daughters were checking out the newly discovered uncharted stone.

An alternative is, obviously, to use a handheld GPS in order to mark the stone in question, but there is a much faster and cooler alternative! As long as the distance is about 15m or more, even a traditional magnetron radar can be used without fear from radiation, Furuno says. The reason is, of course, that the radiation decreases by the square of the distance. This means that with a distance of approx. 10m radiation is less than using your mobile phone – even with a traditional magnetron radar.

It’s worth mentioning that a modern solid-state radar has literally no radiation at all, by the way.

The RezBoost-beam sharpening feature on the newest generation Furuno NxT-Radars gives a very exact echo with a fantastic lobe angle. And if your plotter is connected to a high-accuracy satellite heading sensor, the position is easily placed directly onto the plotter. 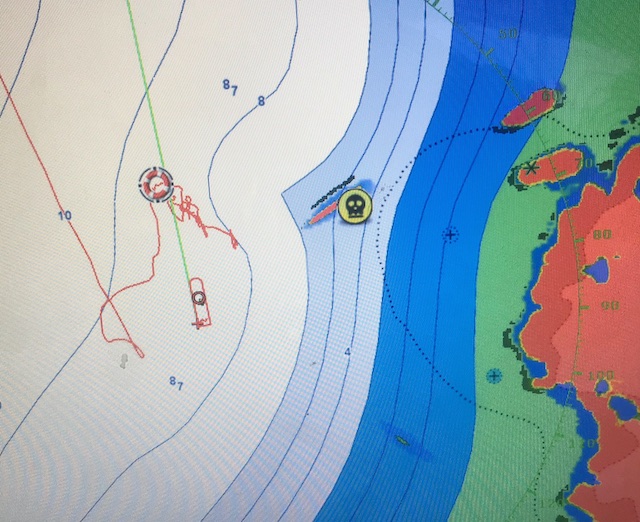 The SUP is clearly visible on the radar. The place is marked with a death’s head. (The MOB symbol to NNE is used when checking the holding power of the anchor, but that’s another story…)

In the morning, the stone in question was obviously covered by water due to the tide, but the SUP remains visible by the radar. All you do is to mark the place of the SUP when the girls shout “here!”. On my plotter, I mark these places with a death’s head and add the charted depth in the info-box.

It’s fun for the kids to paddle around finding new shallows giving them a role as explorers! And it’s good for me, when I return to the same bay next time!