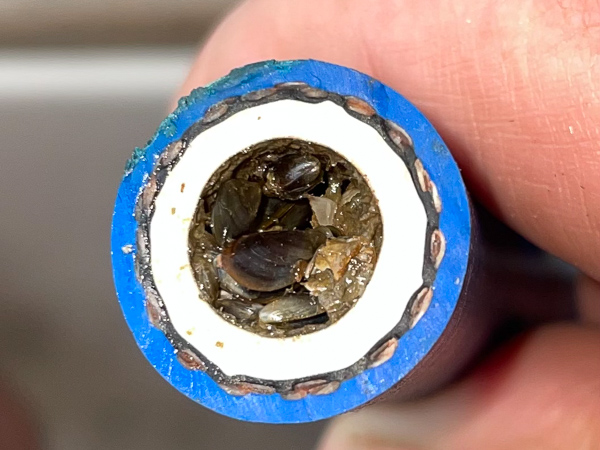 There are several cooling options for a compressor, be it a fridge, freezer or A/C. One of the most efficient ones is by forced water flow. This means that water is pumped out of the sea by a pump, cools the compressor and then is lead back into the sea. The disadvantages are you need a through-hull, a pump and hoses etc, so it becomes a bit of a complex system. The power efficiency is fantastic and the system is very quiet.

The fridge and freezer I have are from Isotherm and are called Isotherm Compact Magnum but the principle is the same: Cooling water is pumped out of the sea.

Already before, I had problems with the cooling pump since it was fouling inside. Once it was growing so much inside the pumps that they started leaking. You can take the pump apart and clean it, but it is always good to have a spare pump. The type is Shurflo Aqua King II Junior 2.0, 12/7.6L/m. (Note there are several models that look very similar) 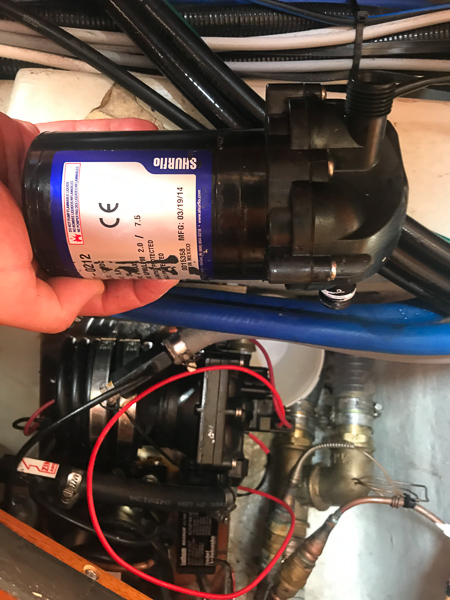 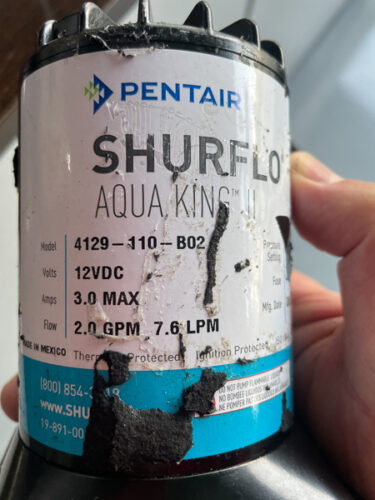 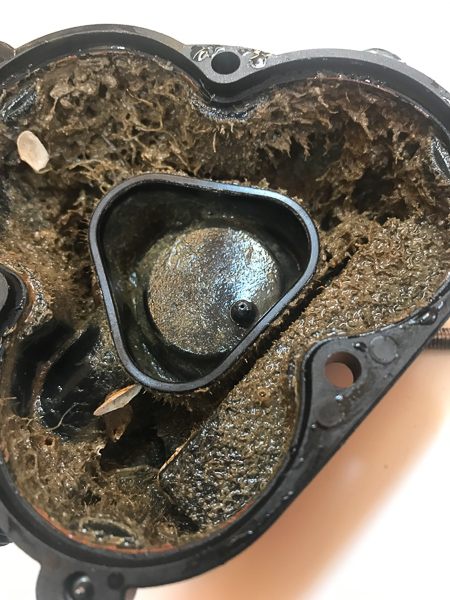 This is how the pump looks from the inside after a couple of years. 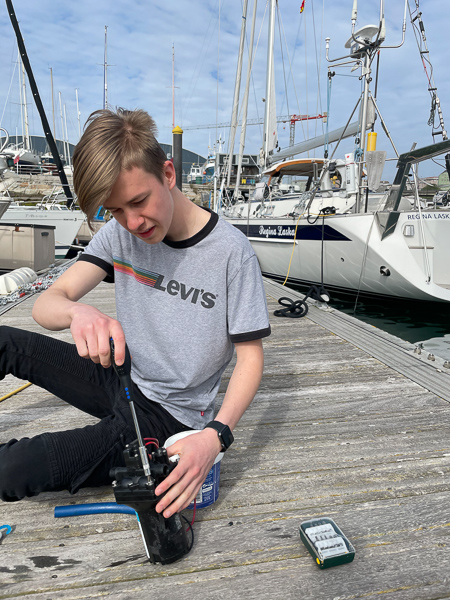 Dissembling the water pump to clean it from the inside. It’s like brushing the teeth and has to be done every couple of years in fouling waters.

To save the pumps, I have now installed an extra water filter just before the pumps to have two strainers. 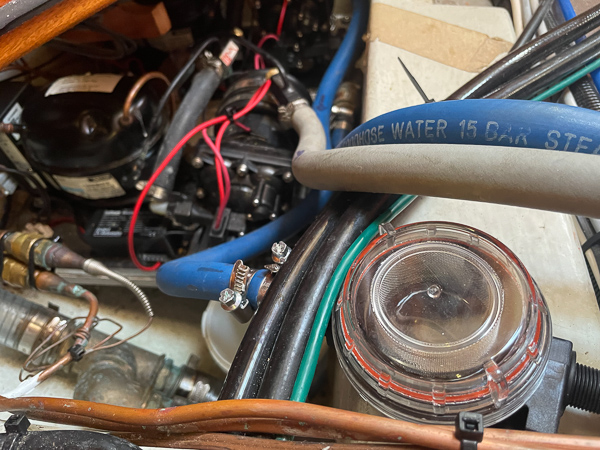 The extra water filter just in front of the cooling pumps next to the compressors.

Galicien waters are famous for farming mussels and other shellfish. Last winter, the following happened: Seawater was standing at the lowest point of the water hose. In my case, it was the intake hose in the engine room. During winter the mussels grew and when I wanted to start the fridge and freezer compressors again, the pumps began to run very hard, make a strange sound and could’t suck any cooling water any longer.

The reason became soon obvious and the intake hose was replaced in spring of 2021. The outtake hose was completely clear, however, most probably because it was not at the lowest point.

In the future, I will now run fresh water through the cooling system on land, in order to avoid shellfish growing in the hoses. An alternative would, of course, also be to flush them with compressed air. 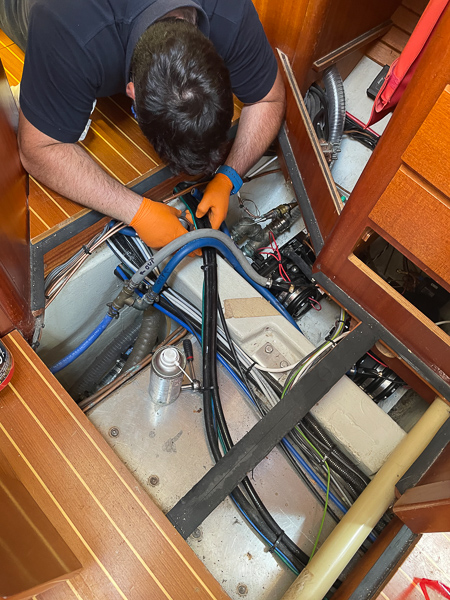 Installing the water filter and changing the intake hose.