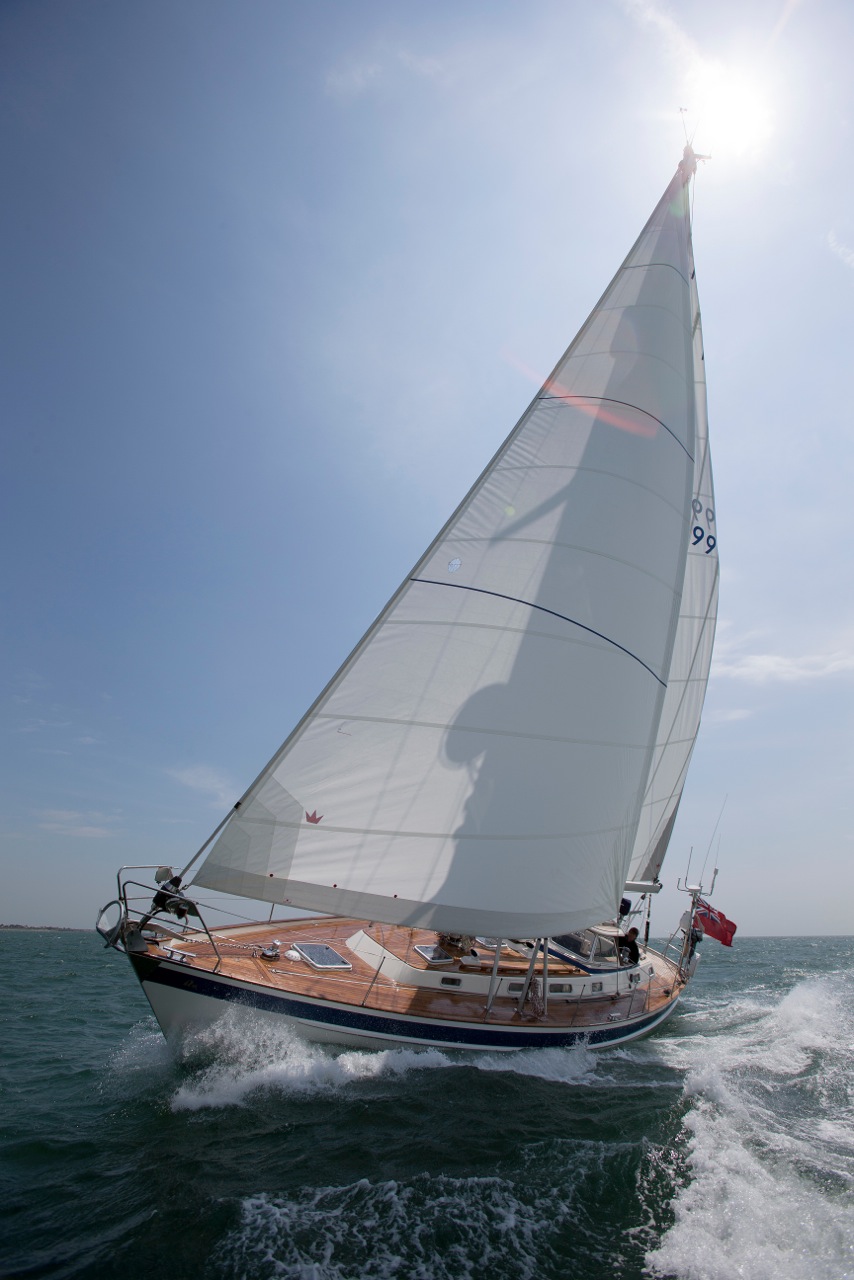 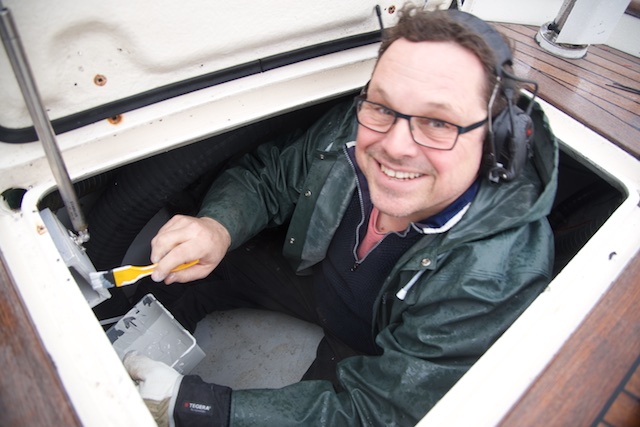 During refit-period four a lot of small improvements and updates have been undertaken to make life onboard even more comfortable, safe and stylish. Every little detail has been looked at by Adams Boat Care and the stringent MCA rules are being followed for a vessel sailing in area 1. So all life wests, jon-buoys, life-rafts, all the fire extinguishers, the gas system and safety systems have been checked by corresponding experts. The annual two inspections (by MCA and RYA) have thus gone through without any remarks.

A new fridge and freezer

Following the two new Webasto heaters from Refit year 3 I had to replace the fridge and freezer. Not they wouldn’t work! They still worked flawlessly! But due to the new heaters! New heaters are computerized these days and the internal computers are so sensitive that they sometimes, but not always, gave an error when the fridge and freezer were starting at the same time. The easiest way out are two new compressors, two new evapurators and new cooling water pumps for the fridge and freezer. So now I have two Isotherm fridges and freezers.

And the good news is: The heaters work fine now!

At some places I have exchanged the existing 3100K LED stripes to 2400K to give a warmer touch.

Also the class cabinet is now illuminated automatically, when opened. 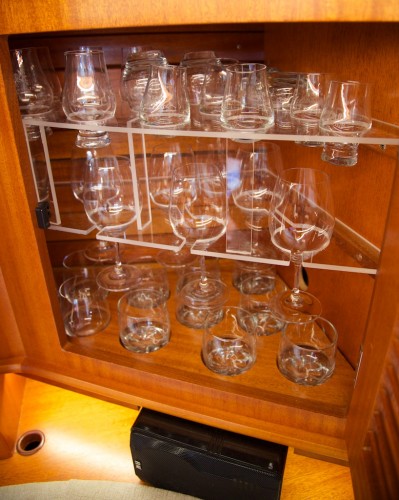 Carl did me a wonderful spice rack which I enjoy every meal I provide for my sailing guests! Carl is a great carpenter! Elegant, yet very stable in any kind of weather! 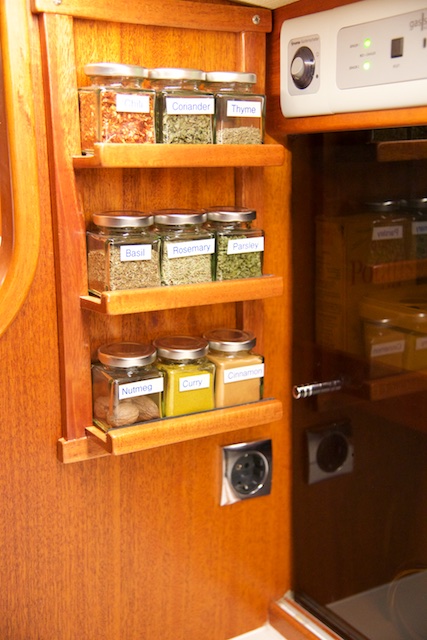 I replaced the old navlights, where the glass had become somewhat milky, with new Wheelmark Approved for vessels under 50m. Impressive how small they have become! 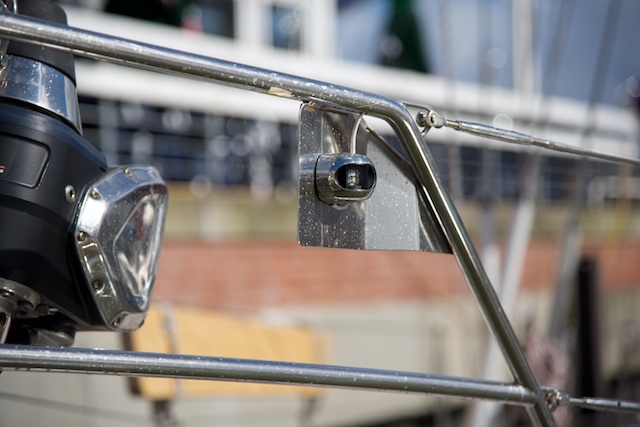 New side ladder and fender socks

In order to facilitate the embarking of the boat, I have a new side ladder by Båtsystem.

The new fender socks add to the style. Aren’t they beautiful? 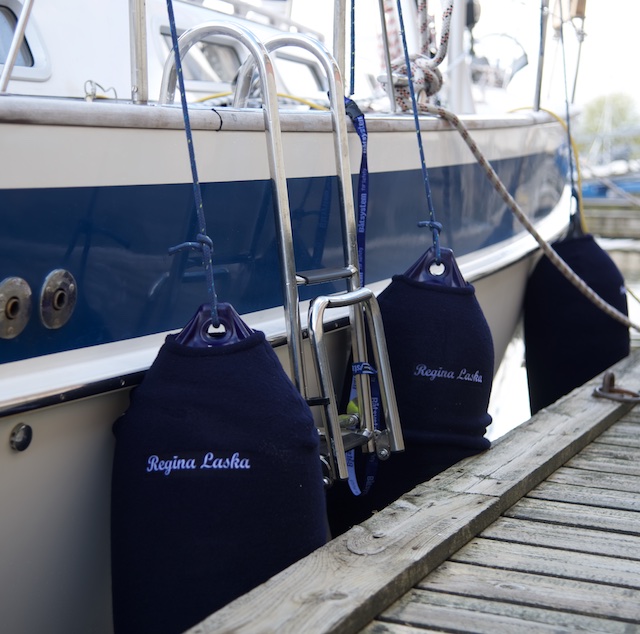 The trottle lever was replace to a new stainless steel one to look nice and give a more accurate feel of steerage.

After no more than 3 seasons and 15,000 miles I had to replace some blocks which were of inferior size and quality. They have now been updated two sizes lager. 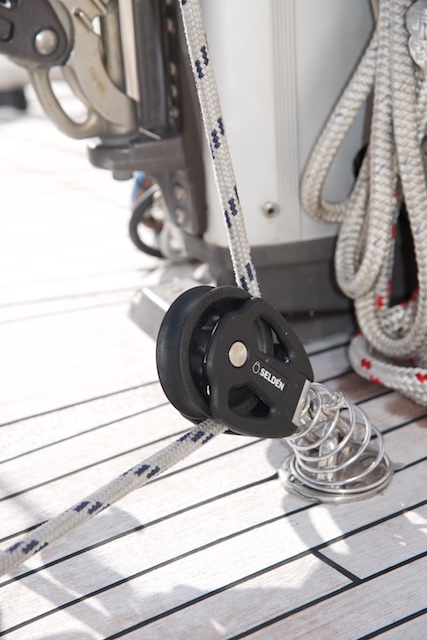 From MOB Rescue Line I got a couple of new throwing lines in a Man Overboard situation. 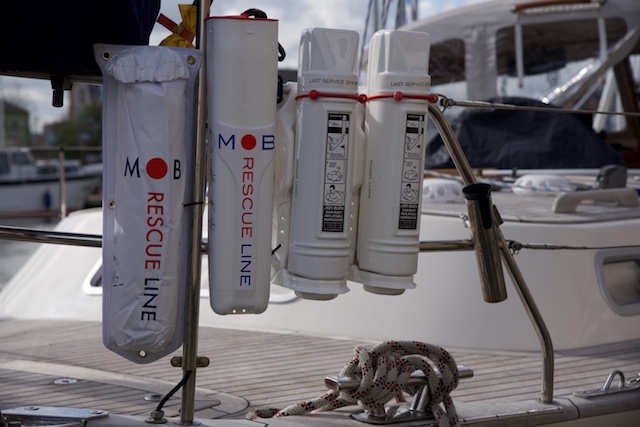 It might seem crazy, bit it was cheaper to buy a new GPS EPIRB than going through the hassle of changing battery of the old one. My old GPS 40 GPS was replaced by thew new GPS60 GPS from Jotron. 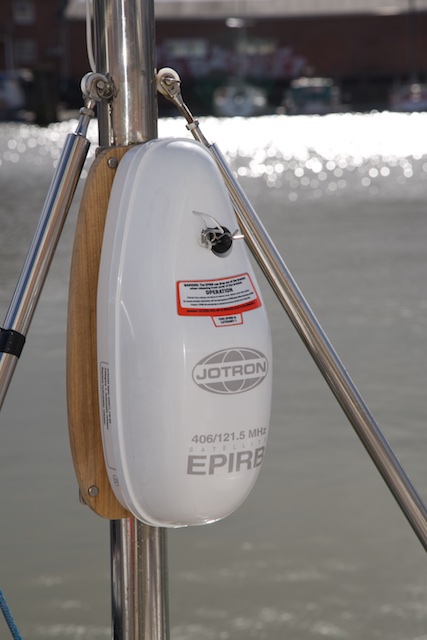 In order to facilitate more than 4 people around the cockpit table, Carl has built a beautiful table that is easily fitted after the steering wheel. Foto to follow the moment we are sitting in the cockpit to eat. Right now it is far too cold!

In order that I can talk on the Iridium Satphone, I have installed a second handset in my berth. Now I can talk both at the navstation as well as in the aft cabin. And: I even can call from my bunk to order some tea from the salon! :-) 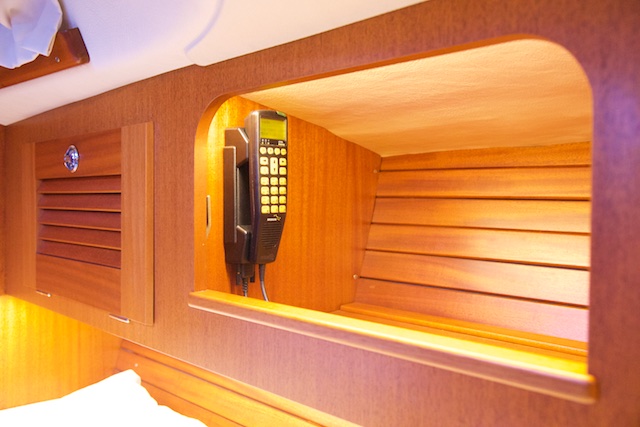