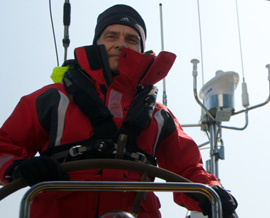 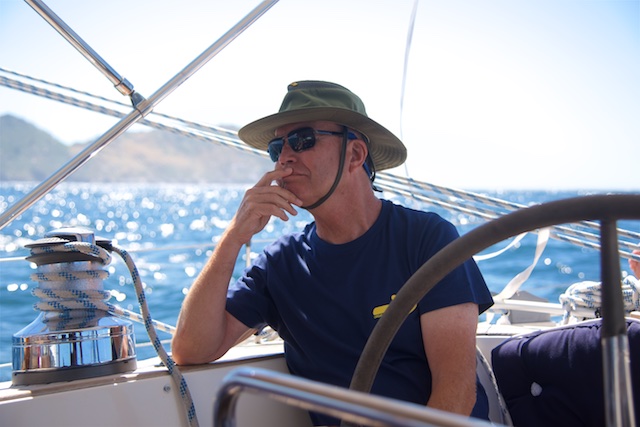 In 2014, Anna Kawa from Poland wrote in her Testimonial ‘Be careful! A cruise with Leon can be the beginning of a huge change in your life!’.

I interpreted this to mean that I would be more inclined to go sailing, which I was trying to do on a larger boat for sure, but I now realise that Leon has generated a change in our lives beyond sailing……

We usually go for a short walk before sailing with Leon, which we have done a couple of times by now. Mainly we do so to overcome the jet lag caused by our long haul flight from Australia.  Five days…, a week maybe…, 10 days at the max!  This year, however, we did 30 days and 535 km, an order of magnitude greater for the mathematically inclined. 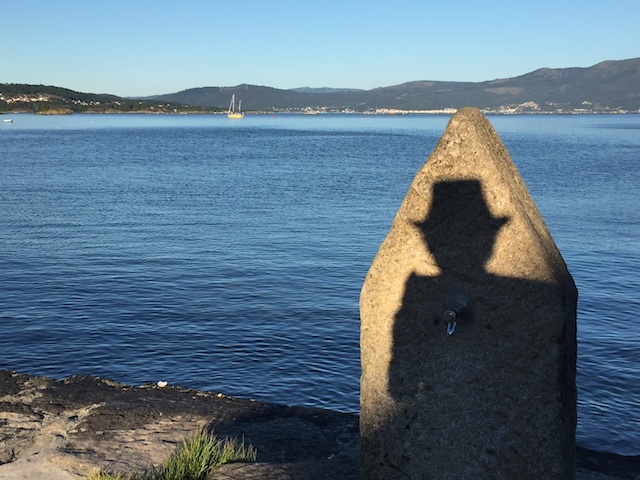 Is this due to Leon?  Well, partly.

– ‘Come for a real cruise, this time‘, Leon extolled.  ‘Enough with RYA Yachtmaster Prep courses, Day RYA Skipper courses and adventure sailing expeditions into the high latitudes for you!  Come and try sailing something new: sailing along the coastline in Galicia, instead!  It’s warm, you can swim – and better still, you can just relax!‘. 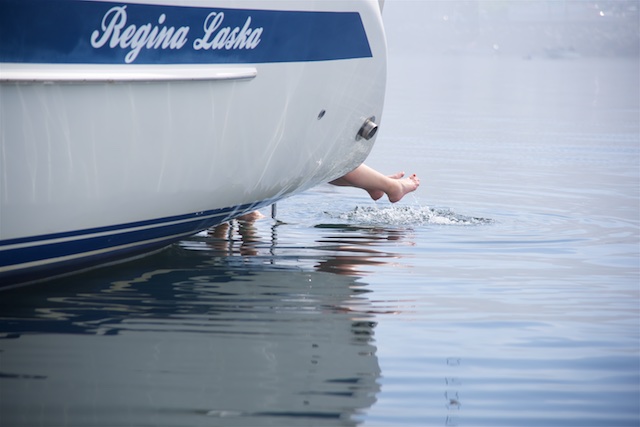 Mmmm – where is Galicia, I wondered? It sounded to me like something out of science fiction, like ‘Battle Star Galactica’. 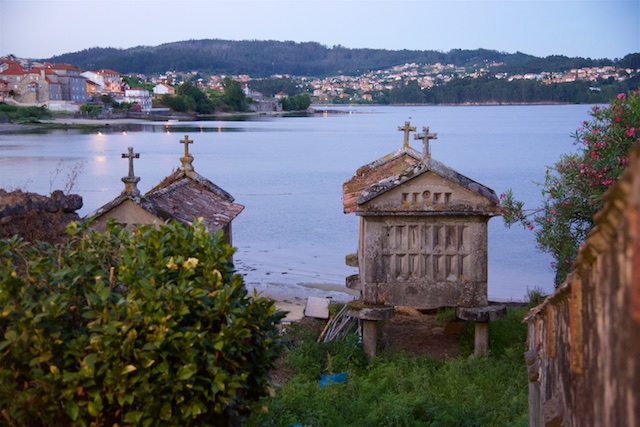 Leon responded as quickly as ever: ‘It’s on the north-west coast of Spain, dear boy.  I’ll pick you up in Portosin, about an hour away from Santiago.  You know what that means, I’m sure?!’.

Yes! – I do know what this means to a walker – the ultimate challenge of the Camino de Santiago!!

And so we finally did it, walking the Camino del Norte from Santander to Santiago before joining Leon in Portosin.  No doubt he was the catalyst for finally getting the Camino under our belt, and much more than this.  The pilgrimage across Catalonia, Asturias and finally Galicia opened our eyes to a land and culture we’d not considered before, and prepared us for the generous and inclusive nature of the people we met while sailing the Rias down to Portugal. 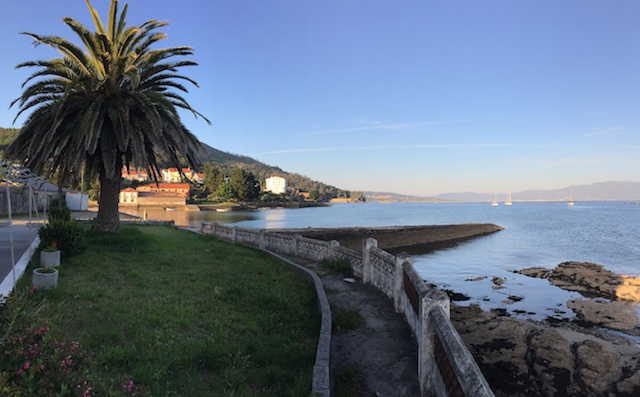 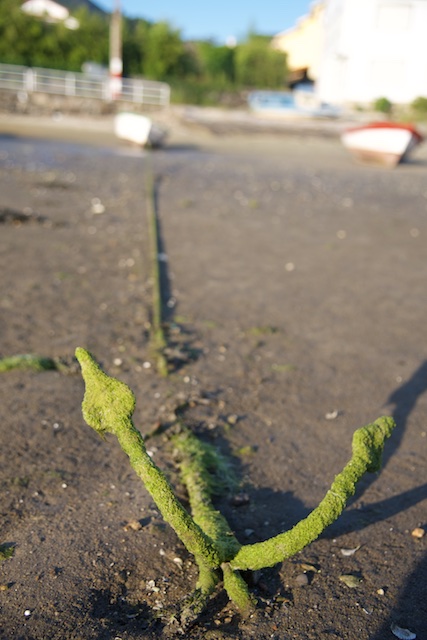 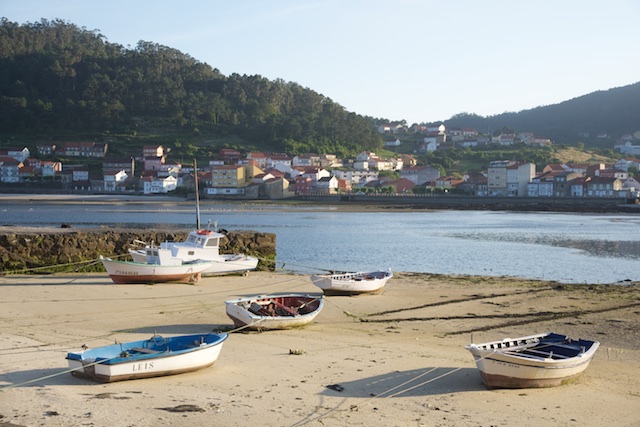 Galicia is not the Spain of bull fights and flamenco. Rather it is a region off the beaten track, where travellers are treated as guests, and welcomed into everyday life like a friend of the family.

For example, we sailed across to Muros on our first day, and sought out a restaurant recommended by a friend of Leon’s.  After nearly an hour of walking, and essentially relocating to the other side of the bay, we found the restaurant closed!  Not to be put off, Leon wandered inside, and announced our arrival to the startled owners.  ‘How did you get in here – isn’t the door locked?’ they wanted to know. ‘Well, no, the door is unlocked, and we have walked all the way here on a recommendation’, replied Leon.  ‘You walked here, from Muros!?  Good heavens, we’ll open the kitchen for you – it’ll be a special menu, just for you and your friends!!’ 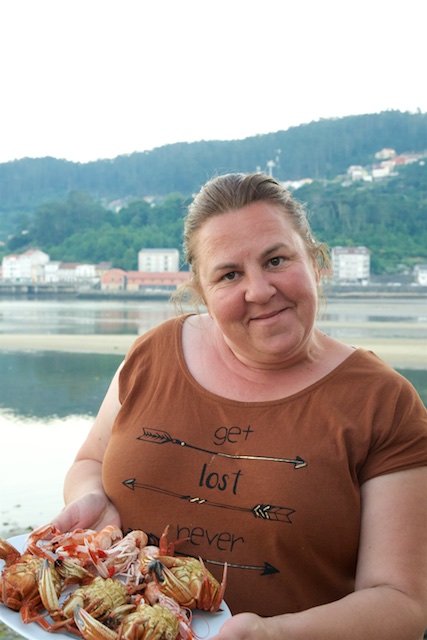 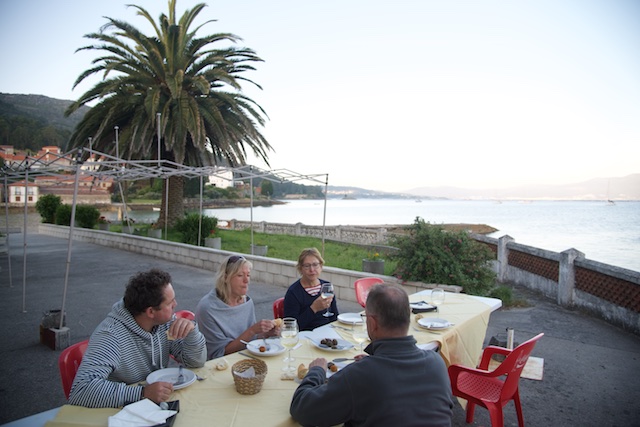 This is a true story, and only the half of it.  A personalised menu, harbour side seating, a story behind each course, and a firework display at midnight (if you eat out in Spain, be prepared for very late nights). 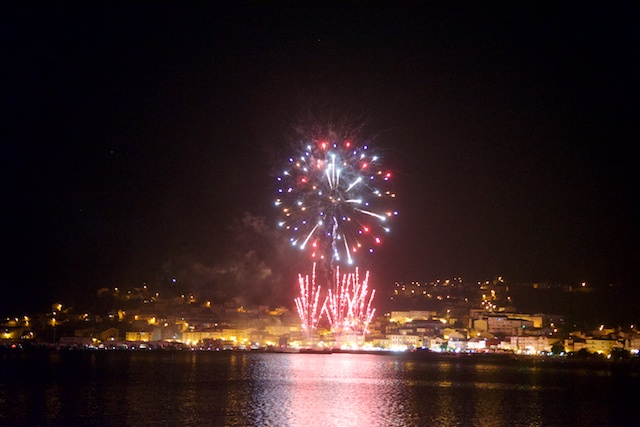 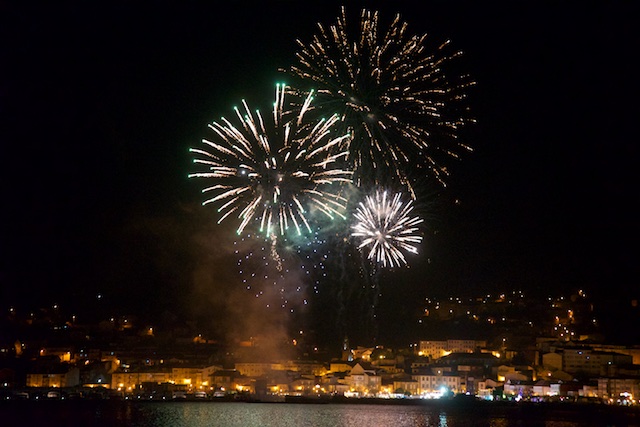 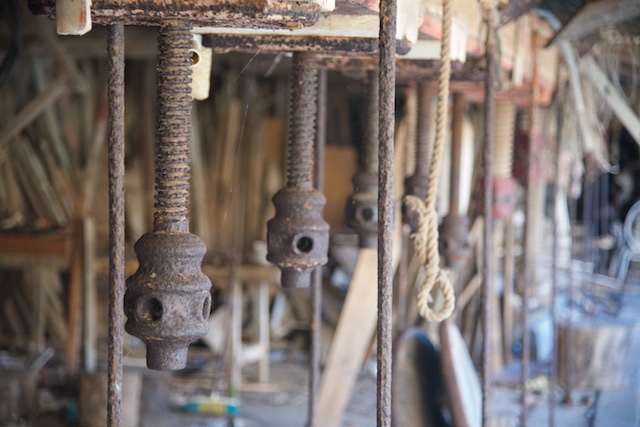 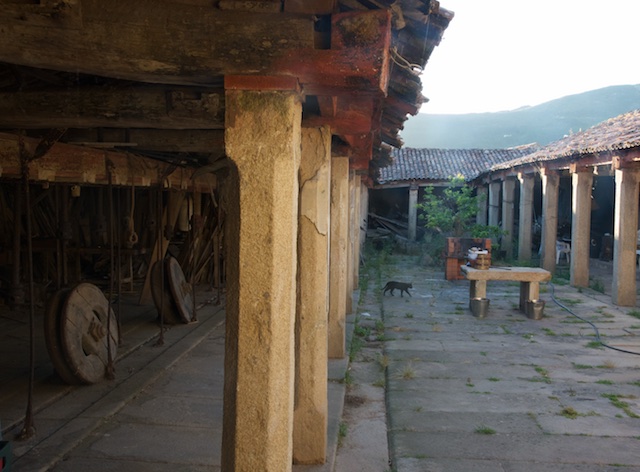 A guided tour of the restaurant, in what is actually a renovated fish factory, and finally, a lift back into town, which was still going all out celebrating yet another saint’s day at 1:00 am….and Leon calls this relaxing!? 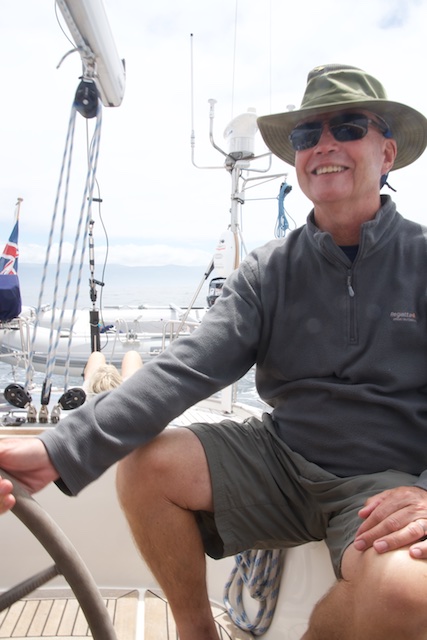 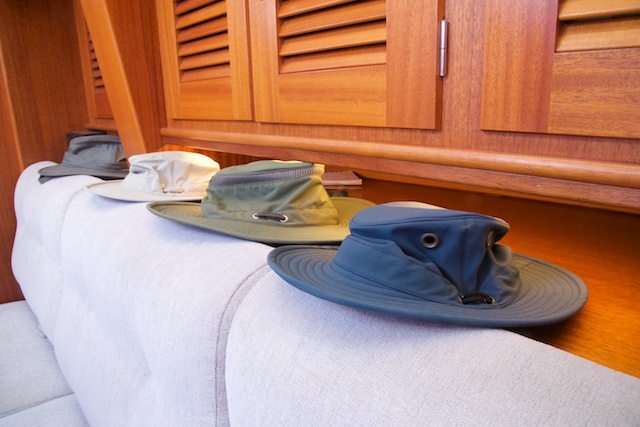 ….and of course, there is the sailing, too!  The wind fills in from the north each afternoon, and each Ria seems to have half a dozen potential destinations, with one Ria flowing on from the last with a somewhat different flavour.  There are also islands with pretty anchorages, and for pilgrims like us, a chance to visit Cape Finisterre from the ocean, rather than walking for another 3 days from Santiago, before throwing our boots into the sea! 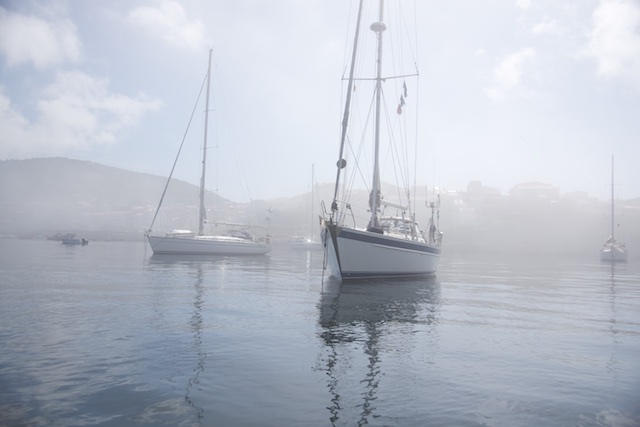 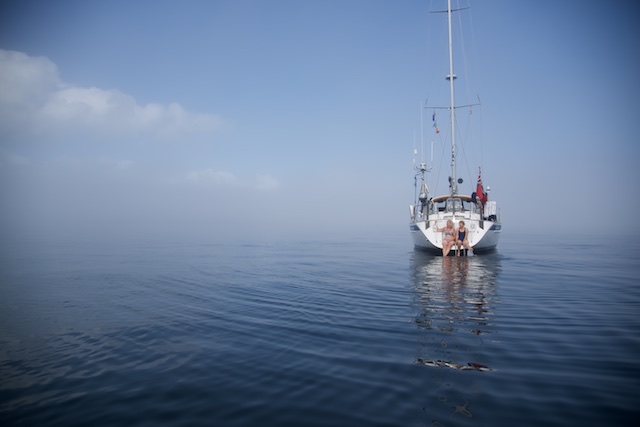 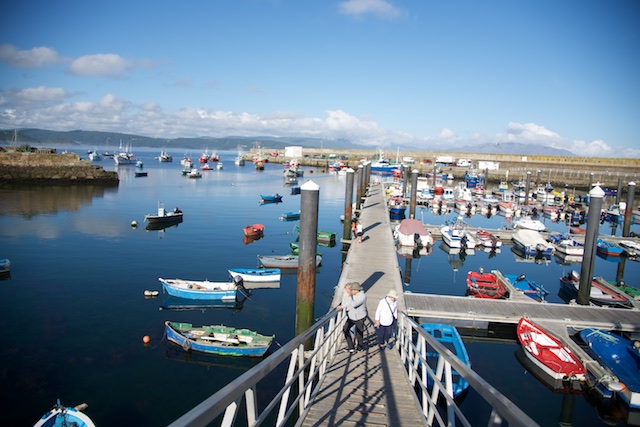 We absolutely loved Spain, and feel grateful that Leon enticed us to sail there.

Leon has, in deed, changed our lives, introducing us to places we’d not thought of, and extending our sailing beyond the shores and into the hinterland to experience the heart of these places. 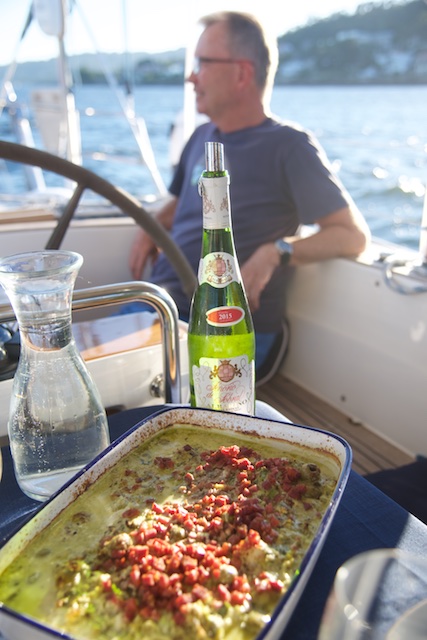 Ross Moncrieff, Australia, sailing in Galicia/Spain on  Leg 8-2016 from and to Portosin.