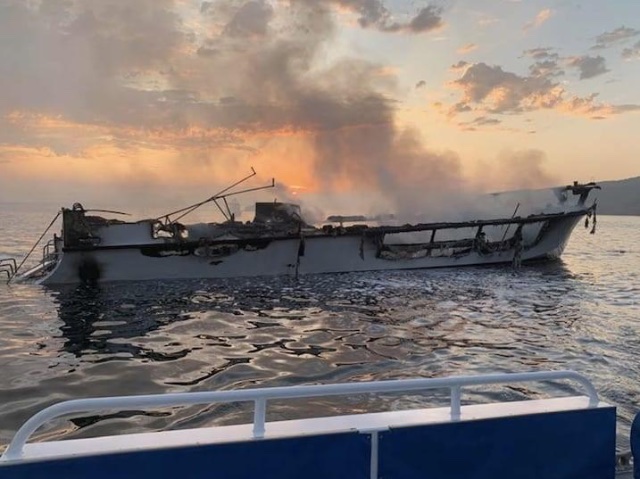 In September 2019, 34 out of 39 people onboard the dive boat Conception lost their lives outside Santa Cruz due to fire at anchor during night. I have been following the development and feel deep sorrow for the casualties and their families and have spent some time thinking about my own safety system.
The tragic accident has now been investigated and some interesting findings have been concluded. We should all learn from them.
The fire broke out at main deck, while most guests were sleeping on lower deck. There was no possibility to pass the flames, using a dedicated escape route other than passing through the main salon where the fire was.
While the NTSB investigation did not explicitly determine the cause of the fire, it is strongly thought that it started due to the large amount of smartphones, computers, cameras, flashlights and other electronic equipment being charged during the night. This charging normally took place in the main salon, where the fire started.
Electronic devices use Lithium-battery types that have very little in common with the LiFePO4 batteries the main boat uses for domestic power. It was thus not the boat’s main batteries that started the fire, but most probably (one of) the batteries we all use on a daily basis. These small batteries are found in most electronic gadgets and we should have these in mind as well when thinking about our fire management system. 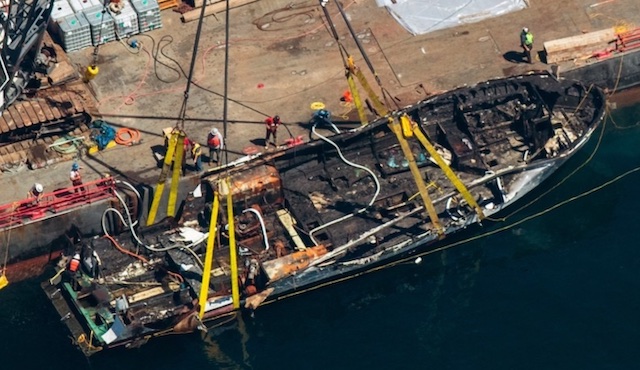 The tragic boat after the fatal accident where 34 divers lost their lives in 2019 outside California.

During my talks about Lithium batteries onboard boats, I always try to emphasise the difference between the various types of Lithium batteries, highlighting the fact that the domestic main batteries, e.g. the ones on Regina Laska, are – or should be! – of the LiFe or LiFePO4 type due to safety precautions.
In smaller devices there are generally instead other types of Lithium batteries:
– Lithium Ion Polymer (LiPo) or Lithium Cobolt (LCO)  for phones and Laptops
– Lithium-Nickel-Cobolt Mix (NMC / LiNiCoAI2O2) or Lithium-Magnesium (LMO / LiMn2O4)  for  cars/e-bikes etc
The LiFePO4 used for domestic power onboard boats are more heavy and not as power dense, but so much safer than the Lithium batteries used in small electronics and/or e-bikes. LiFePO4-batteries have a much higher run-away temperature of 250-270°C, have bound oxygen and with a proper Battery Management System (BMS), the temperatures in the batteries should never pass 85°C. 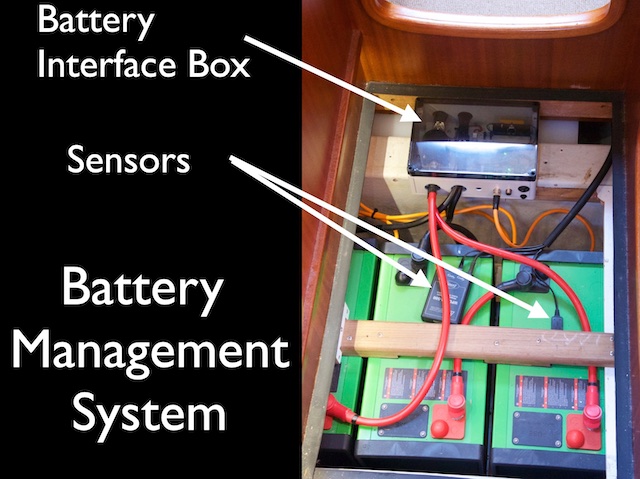 The NTSB report drew 18 conclusions, the following of which are considered worthy of note. Therefore I would like to check these against Regina Laska’s fire safety management system.

Smoking is not permitted on Regina Laska, so this source of fire can luckily be excluded. The power system is rather new and has been refitted and is regularly inspected.

What I will take from this point and change on Regina Laska is, however, to discourage unattended charging of cellphones, computers etc during night. 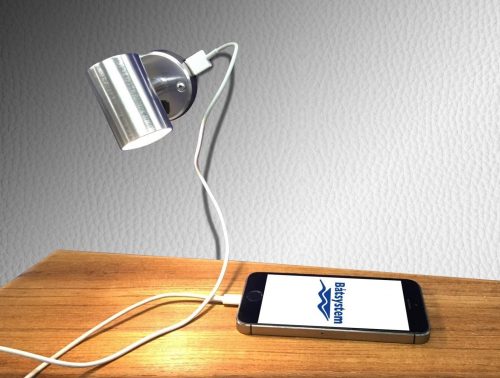 In future: please only charge your phones during daytime or when attending the charging on Regina Laska.

Regina Laska has four smoke detectors, one in each cabin plus in the main salon. In addition, Regina Laska has a dedicated separate fire detector system in the engine room. This is clearly surpassing the MCIA regulations, but I do want to offer maximum safety when sailing on Regina Laska. I have always considered fire safety as highly important and Regina Laska’s fire safety management system was designed back in 2013 during the major refit. It has been continuously upgraded, e.g. with new type of AVD fire extinguishers for Lithium fires (brand name: “LithEx”) and Dräger gas mask by to fight the fire. 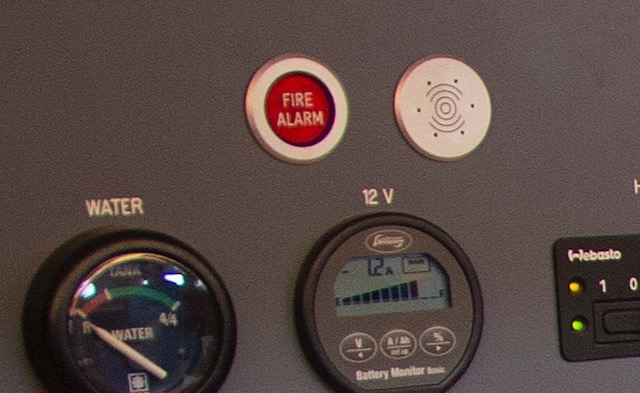 On larger ships carrying more than 12 passengers there needs to be a night watch. On smaller yachts like Regina Laska there doesn’t need to be a human anchor watch. I think that a roving patrol would be exaggerated on a small yacht, provided that well-working and regularly tested alarms for smoke, dragging, CO, CO2, Propane/Butane gas etc will wake up the crew early and escape routes are unobstructed. 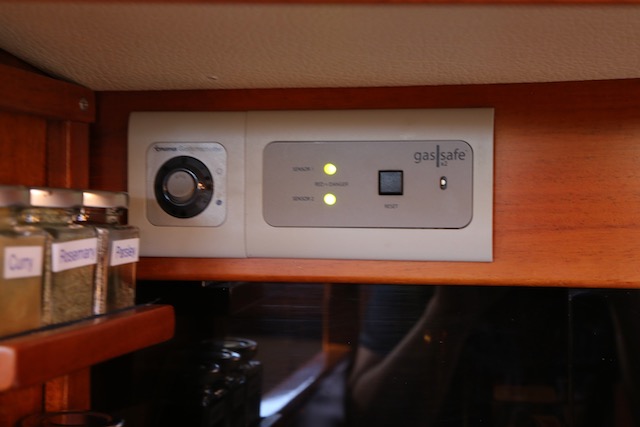 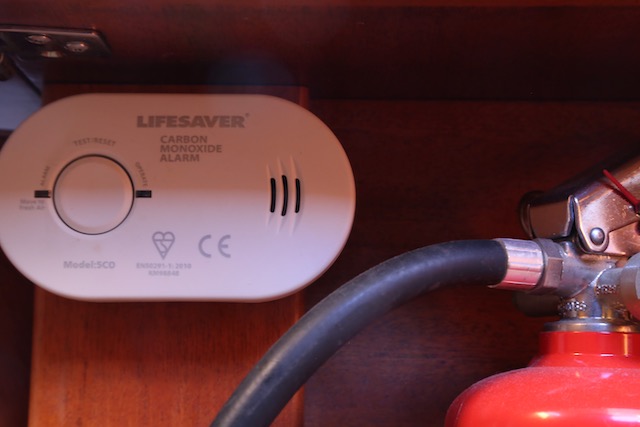 CO-and CO2 alarm on Regina Laska next to one of the eight fire extinguishers onboard.

This is, in my view, the most important lesson learnt. I have always been a great fan of having two escape routes from each cabin. Commercially operated vessels should provide this, but not many charter boats do offer an escape route from, for instance, the stern cabins on both sides of the engine room. The only escape here would be passing the engine, which, per se, is a potential place to start a fire.

Further, I do not carry a dinghy on deck, obstructing the deck hatches. Many boats cary a dinghy on foredeck, blocking the escape route forward.

On Regina Laska, each cabin has an escape route through a hatch leading directly to deck from where one can get into the life raft, or, in the worst case of a fire, throw oneself into the sea.

Whenever you are on a (charter-) boat I would advise you to check if there is a second escape route from your cabin or if the only route is via the main cabin, which might be on fire! 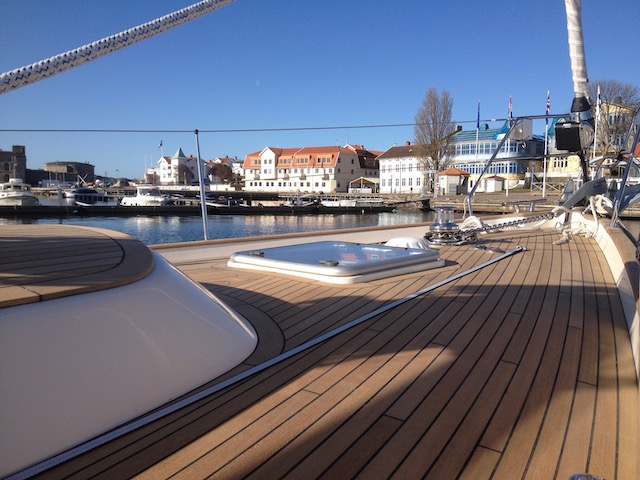 Each cabin on Regina Laska has its own unobstructed escape hatch leading directly to deck level. 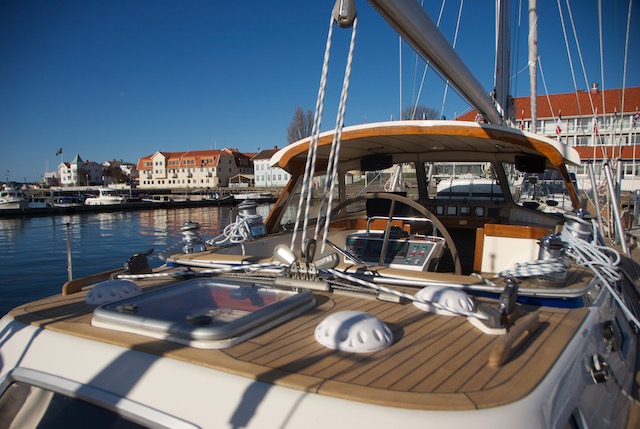 I try hard to always be ahead of any potential hazards or unsafe practices. While one never can be 100% proof, it’s important that one is trained and drilled regularly and that the safety management system is constantly checked, examined and improved.

When you charter a boat next time with a skipper: ask if she or he is adequately and regularly trained according to the International Convention on Standards of Training, Certification and Watchkeeping for Seafarers (STCW) by the International Maritime Organisation (IMO), see  STCW-95.

And, by all means, do as much training you can! The Reginasailing-family often joins and does courses together, which is great fun!