What women wish from their skippers

What women wish from their skippers

by Regina Sailing / Monday, 18 November 2013 / Published in Past shows 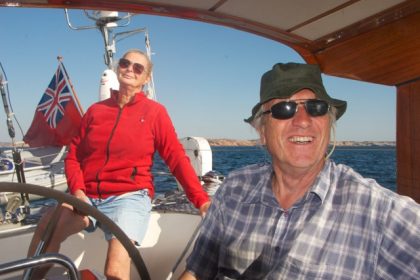 At Hanseboot 2013 in Hamburg, I held talks about women and sailing and the reaction was very interesting, and I must confess, they were not good at all during the first two days….
Not surprisingly, maybe, my first two talks were highly popular among women. I could see women sitting in the audience smiling, nodding and pushing their husbands, while the latter seemed to get more  and more upset… Some men came to me afterwords and said they could not agree with what I had said. They complained about my “pussy-pedagocic” way of diminishing the fine art of sailing, and that my “softy-approach” wouldn’t work at all. In their case, they had been sailing for decades with their wives and it worked all perfectly and the reason, so I was told, was simple: SHE did exactly what HE said and there was thus no problem. This “onboard democracy” I was promoting had nothing to do with the harsh sea, where, anyway, most women would not enjoy being. I (Leon) should not stand here and pretend that sailing was anything but harsh, wet, cold and unpleasant. By listening to me, women would get a wrong impression about sailing, I was told. Of course, they (the men) had tried to get women more involved in sailing, but despite advertising women sailing with just female crew, there were hardly any interest, they continued. Some men even believed that if women had not grown up with sailing since childhood, they would never be able to cope with it and, contrary to my claim, it was a waste of time to try teaching women sailing if they were over 30 already…. 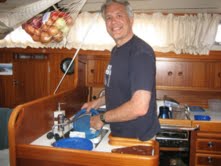 Oh, dear…! What a shame! The discussions after my talks were hot, no doubt, but I think my entire message had been misunderstood. I didn’t want to offend anybody and especially not be considered as an enemy to the strong male sailing community, who look for adventure and who go out there fighting the elements. There’s nothing wrong with that, I just wanted to give some suggestions to make sailing more attractive to women, enhancing comfort, understanding and respect.
After two talks it become obvious, if I wanted to survive the boat show week: I had to change something! I went back to my hotel room and sat all night, also involving a psychologist. We agreed: The message as such was not bad. Also, the reactions of the women showed it was not totally off and there seemed to be a huge demand on the subject. After all, it had provoked a debate. But I clearly had to change the tone, we agreed.
I recalled and confessed that when I had tested my talk to some friends a couple of weeks earlier, I hadn’t even been able to get to the end, before the couple, who was my “audience” had started to quarrel with each other, with one accusing the other of being like I described the typical man or woman while sailing. They hadn’t addressed their anger against me personally, even ignoring my presence, but they were accusing  each other. So I had sat there, observing them discussing their sailing experience which clearly seemed to be a very infected topic of theirs, while I wished for the earth to open up under my feet to engolf my soul.
This story should have warned me back then, but I had ignored their reaction and tried my luck anyway during the first two show days. The talk had to be changed somehow, for sure, because this didn’t work at all.
During the entire night at the hotel room in Hamburg, we changed the way I presented the message. What I did was that I stepped back and instead of standing there on scene with my big finger in the air like an old fashion school teacher, I quoted others. I used a lot of statistics and the results from numerous studies. I quoted ladies and gentlemen I knew and I took advantage of surveys having been conducted by organizations and concepts that had been developed by boat designers. 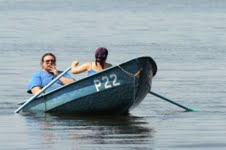 Suddenly, by quoting others, I was no longer the “bad guy” telling others what to do and what not to.
The change was overwhelming! During the following days at the show, people were standing in the aisles, there was laughter and smiles on their faces and I was entertaining them all, men and women alike. I never new I held the talent of doing a show on stage, but that is what it almost felt like.
My new way of presenting the very same message did not only lead to appreciating faces, but also to numerous booking of my sail training courses for 2014, which now are more or less fully booked. Men came to me after the talks saying that they recognised “on or two issues” I had highlighted “even with themselves” and my “spies” I had placed in the audience to find out what the audience thought, told me the same: men and women were starting to think and talk to each other.
Puh! I think I was lucky there! If I hadn’t changed my presentation, tomatoes might have flown against me and I am not sure if I would have been able to count on the defense of the female part of the audience, either. What did
come instead, was an offer by Delius Klasing Verlag to write a book about the subject, which I am not sure if I dare to accept. It’s a very difficult subject and, as one man expressed it after having listened to me: “Leon, you are walking on the edge of a knife, but you made it…. Just!”
See you at boot Düsseldorf!

What you can read next 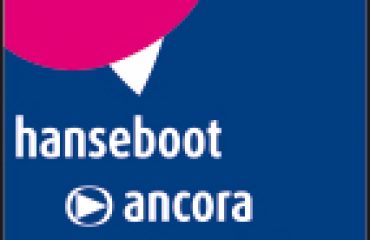 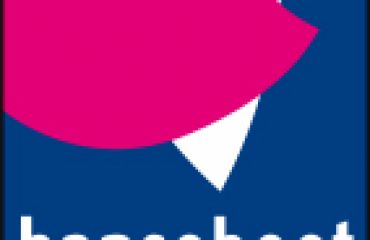